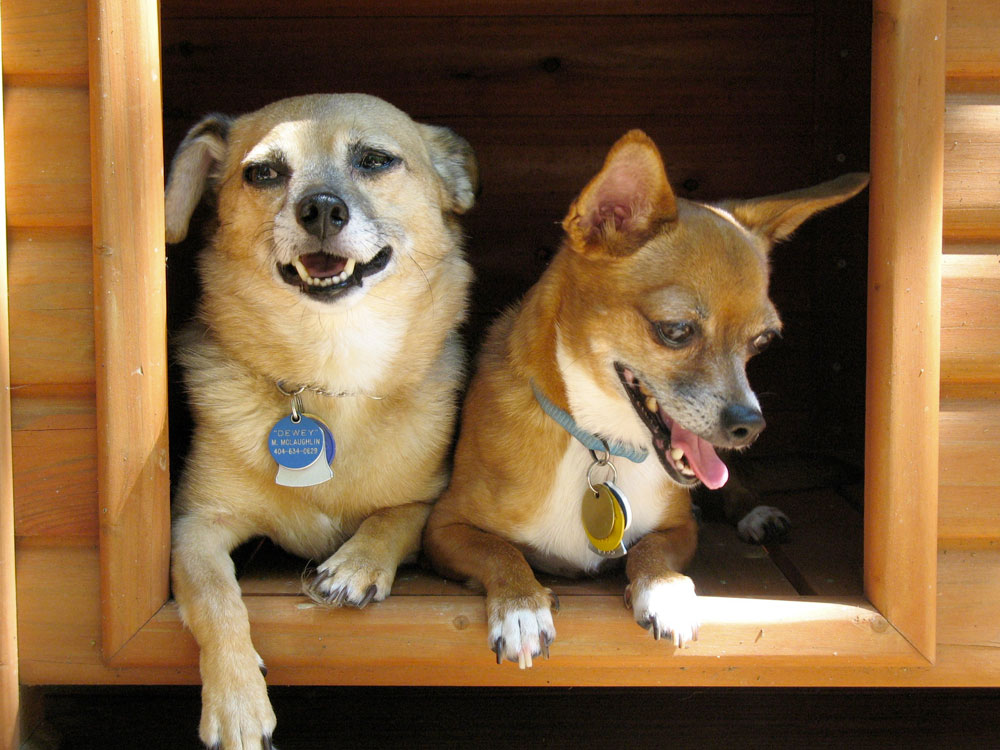 Two are NOT More Fun than One: Why you should only get one puppy at a time

In the world of dog training, care, and behavior there are few absolutes. From selection of a pet to its training, veterinary care, and rearing, much is fluid, and what works for one will not work for another. Canine professionals disagree on lots of topics.

But two “rules” do exist that the vast majority of professionals in the canine world will agree upon, and are often vociferous about. Rule 1 is that one should never buy a canine from a pet store, large-scale commercial breeder, or over the Internet; Rule 2 is that acquiring littermate puppies (or any two same-age pups) simultaneously will be an unsuccessful enterprise in almost every case.

Some non-dog folks are aware of Rule 1, but most have no idea about why getting two pups at a time is a bad idea. Let’s address some of the common misconceptions that often lead to heartache for dog owners, and sometimes tragedy for the dogs themselves.

MYTH: They’ll already be sad having “lost” their mother; therefore, separating pups from each other is cruel and it’s what causes them to cry the first few nights in the home.

This is an outright falsehood. Dogs, like people, are designed to “leave the nest” at some point, and for domestic dogs, the best time to do so is between 7 weeks and 9 weeks. They are fully weaned by this time, and are ready to join a new pack: yours.

Puppies are at a crucial socialization period at 7-12 weeks of age, and this is when they need to learn how to be members of a human household. They need to bond with the human (and resident pet) members of your home, and they need to be away from their siblings to do so. Puppies who go to a new home together, or continue to remain with siblings or mom beyond this time, will bond so strongly with one another that they will have little use for humans. This does not make for a happy pet experience, or a happy pet, and can actually cause severe problems later, as they mature (see below). Therefore, it is actually somewhat cruel NOT to separate them as young, impressionable pups, and give each the best chance for a good life.

When the pup cries the first few nights in your home, his siblings have been forgotten, and this is the way it should be–nature at work. He cries because he is separated from his new “pack”: you! This will get easier for him in a few days, so just let him be.

MYTH: Since I’m planning on having two dogs eventually, it’s better to get them both at the same time so they “grow up together.” Otherwise, they may fight later.

Actually, the opposite is true. Sibling aggression is quite common in domestic dogs, especially 2 of the same sex (although opposite-sex sibling aggression certainly does occur). This type of aggression is far more common than aggression in a multi-dog household where no one is related. And since aggression doesn’t usually manifest itself until maturity (approx. 2 years of age), new puppy owners think it won’t happen to them. “They love each other! They don’t want to be away from one another. They would never fight.” Often, they do. And by the time it starts to get bad, (or worse, deadly) the humans are attached to both dogs and will have a hard time rehoming one. If the aggression is pronounced, rehoming is often not even an ethical option. It’s far better to prevent problems than have to fix them later.

If the pups don’t actually fight, there is probably still some tension between them, often over resources (food, toys, furniture, human affection) or space. One will almost always “dominate” or “bully” the other at least some of the time, which is no picnic for the “victim.” Or, one will become intensely possessive of the other, and be unable to be separated from him/her. This makes vet visits or other necessary separations very difficult. It is not healthy for sentient beings to become overly dependent on one another. What happens if one dies?

It is far, far easier to acquire the one pup, train it well and let it get settled into the home and become well-behaved and relaxed, then add an unrelated companion later (preferably several months, at least). Dogs are mostly very congenial, and when socialized and trained, can accept most other dogs without question, especially if a few simple directions are followed.

MYTH: Oh, what the heck–raising 2 at once can’t be that much more work than raising one. Plus, I have a fenced yard, so I won’t have to actually “walk” them.

I am not a mathematician, but I can assure you that, unlike raising two kittens at once (which is actually preferable to raising one in most circumstances), raising 2 puppies at once is somehow more than twice the work and difficulty. Having two pups to care for is definitely more expensive, but in the context of time, it seems to quadruple the workload, rather than just double it. (And the whole “I have a fence, so they don’t need walks” is just wrong. They do need walks.)

The pups must be crated separately–no exceptions–and crating does not end when housebreaking is finished. They must be walked to potty separately until they are housetrained, and walked on leash-not just “let out” to do their business. They must be played with separately, and often must eat separately (to make sure each gets enough food). Each must be socialized separately, trained separately, and spend time with family members separately. In order for them to not become too dependent upon each other, or too closely bonded to one another at your expense, they need to spend more time apart than together. This requires much more work than the standard family has time for…especially a family with children.

MYTH: Since I’m not home much, having each other will mean they’ll get plenty of exercise and companionship.

While it is true that puppies playing will burn up energy, their time together will not be enough (see above) to meet all their exercise needs. You must be involved in exercising them, and guess what? Most of this must be done separately. Also, two left unsupervised for even a few minutes can get into twice the trouble as one can, make twice the number of spots on the carpet (and who was the culprit?), and frustrate you twice as much as one can. They will have to be confined when you are not watching them, and this confinement needs to be in separate crates or areas, so how will they get exercise when you aren’t home? This won’t happen until they are at least a year old!

Raising a puppy correctly takes time, money and energy. Most people find out the hard way that they don’t have enough of these resources for just one puppy, let alone two. If you aren’t home much, even one puppy is not the right pet for you, anyway.

The hassle of owning two may not faze you now–you are in love, and the problems won’t show up until the damage has been done! Many people shrug off the warnings that two together will quadruple their workload, but once reality sets in, what will happen to one (or both) of the pups? Even if time or money is not an issue, the propensity for later aggression or dominance issues is a real threat and should not be taken lightly. Which dog are you willing to part with if they are fighting? It is not usually possible to mitigate this problem with training.

Set yourself and your new family member up to be the best you both can be. Stack the deck in your favor by choosing the one puppy that is best for your family and raising it right. Owning a pet is a privilege, but it should also be an enjoyable experience. Your pup’s brothers and sisters will all go to new homes where they, too can have the best start.

UH-OH! Did you already get 2 puppies? You shouldn’t have, now you know. But it’s done, and if rehoming one of them is not an option, you need help.

Check out the protocols for doing it correctly.

2 Replies to “My Brother’s Keeper?”

The Pooch Professor offers private, one-on-one lessons in your home to show you how to train your dog. It's fun and easy, and you will see results!